God and the Universe

The Constant Beauty of God 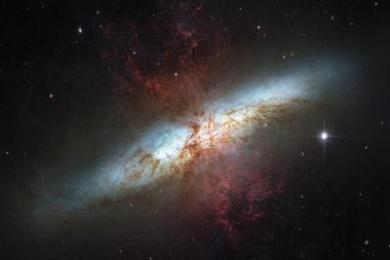 For people of faith it can be a struggle in today’s world to see God.  Some of us, however, see God or hear God as soon as we wake up in the morning: in a robin that sings or in a church bell that rings.  I happen to hear both every morning around 6AM.  When I was a teenager growing up we sang a hymn about hearing God.  The last line of the chorus went something like:  My anchor holds and God doesn’t fail/He’s in control/The captain of my soul/I hear God.

What is more, there is beauty in the natural world that reflects the face of God; sometimes where you least expect it.  Whenever I go into the grocery store I pass by the floral section.  Most grocery stores these days have pretty extensive floral sections.  Even if I am in a hurry I walk slowly by the floral section, amazed by the colors and varieties of plants and flowers.  If they have gardenias I always stop to inhale a bit of heaven’s perfume.  A feeling of joy comes over me.  I’ve looked into the face of God.  I proceed with my shopping happier and blessed by a small segment of God’s creation.

These are some of the obvious ways we notice God in the little experiences we have each day.  But hidden within some of the scientific discoveries of the last century are some numbers, that when their true meaning is revealed also reflects the face of God.  These numbers are known as the physical constants, some of which you may remember from high school physics or chemistry.  Unfortunately, in high school, most teachers were not endowed with the understanding necessary to communicate the deeper meaning of these constants to their students.

Why should any to this matter, especially to people of faith where such hard core science would seem to have little to do with religion.  Well, believe it or not, without the specific fine tuned nature of these numbers life would not be possible; the universe would not be possible.  These constants have led to one of the greatest debates in physics ever and postulation of what is known as the anthropic principle.  The Wikipedia definition of the anthropic principle states: The anthropic principle states a logical truism: the fact of our existence as intelligent beings who can measure physical constants requires those constants to be such that beings like us can exist.  Many believe this is direct evidence of a divine creator because scientists have no understanding of how or why these constants have the values they do or where they came from.

What do I believe?  I believe these numbers are as beautiful as the flowers I see, as melodious as the birds I hear singing in the morning and as awe inspiring as the Grand Canyon or Mount Everest.  In the deepest sense possible they are the basis for everything we see in the universe; from galaxies to molecules.  I further believe people of faith have an obligation to educate themselves about such things.  As I have said in other essays, we must not be content to simply quote from scripture -as important as that may be-but we must have a ready answer based in complete knowledge, tempered by wisdom for those who would question our faith.  Simply turn off the TV and grab one of the many books available on scientific discoveries or if you can’t avoid the telly, then watch NOVA on PBS or watch the science channel.(See the bibliography at the end)

To make the point further, let me pick on my fellow Christian brothers who I believe are in error.  I believe God created the heavens and the earth, but I am NOT a “creationist”.  The earth is NOT five thousand years old and was not created in a literal seven days (days as we now count them did not even exist, i.e. seven revolutions of the earth upon its axis).  Living in Cincinnati not far from the Creation Museum, I have had the experience of listening to the information given out by the museum.  It is an embarrassment to anyone with God given reason and basic common sense let alone anyone with scientific knowledge and understanding.  The most damaging aspect of the creationist philosophy is that it puts limits on God just as the Popes of old did who said that the earth was the center of the universe.

The physical constants I have discussed so far are true discoverable facts of existence, which also contradict the notion of  “creationism” as well as other spurious notions put forward by various groups.  Now I know some of you may wonder, but if God is all powerful and outside of time and space, can’t he do anything?  That is a great question.  There are two mathematicians and theologians who have tackled this question in a beautiful and fundamental way: Cohen and Gödel.  I will introduce their results in the next study followed by a series, Let There Be Light a scientific and spiritual expose on the nature of light.

To God Be The Glory

The 4% Universe by, Richard Panek

The Hidden Reality: Parallel Universes and The Deep Laws of the Cosmos by, Brian Greene

The Infinity Puzzle by, Frank Close

The Fabric of the Cosmos, Brian Greene

The Trouble With Physics, Lee Smolin

Categories: God and the Universe, Uncategorized, Wonder and Adventure