God and the Universe 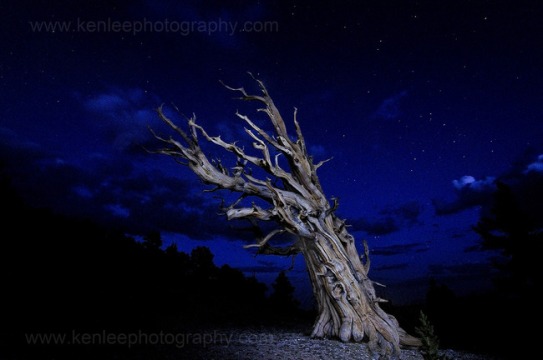 As I was about to turn onto the dirt road that leads from my small community into town, like the chirping of birds I heard the sound of girlish giggles and boyish laughter coming from high in the red cedar tree in front of me. I could barely make out the little round faces of the four children. Their smiles were like fruit hanging from the boughs of the tree.

I was immediately taken back to my own childhood when I climbed trees. In the backyard of the house where I lived with my parents, grandmother and two brothers, stood what to me was the mightiest tree I’d ever seen. It was a stately walnut tree and I vowed from the day we moved in that I would climb to the top of that tree; and I did. I spent many a day at the top of that tree. Why? I really don’t know, except for a twelve year old boy it was something to conquer. Yet there was something more. That something more I would not come to understand for many years. It was all about trees.

It’s easy as the aesthetic distance grows to romanticize things from ones youth. But for me and my relationship with trees, the relationship like life is bitter sweet. In the backyard of another house where we lived there was an apricot tree. On late summer days you could find me and my buddies nestled within the boughs of the tree gorging ourselves on apricots. It is a fond memory. However, there is a dark and haunting tale that goes along with my relationship with that tree.

I have related in another blog my great throwing prowess as a young boy. I used that ability to throw at just about everything in sight. In this case, at everything in earshot. I heard a mockingbird singing its heart out in that same apricot tree. I could not see the bird. Who knows what gets into little boys. My mother would say it was the devil. I picked up a rock and listened to where the sound was coming from. I hurled the stone at the sound and to my surprise and horror, the bird fell dead at my feet. Being preachers kids my brothers and I gave it a proper burial beneath the tree. I was tortured by the killing of the mockingbird for years. And when years later I read the book To Kill a Mockingbird, the torture started all over again. The apricot and the mockingbird shaped my life in ways I am still just beginning to understand. I have found a kind of forgiveness everytime I hear a mockingbird sing as I did this morning as I walked into town. They don’t hate me, they still sing and my heart sings with them.

Trees of every sort have remained a part of my life. One late autumn day, the day of my birth in 1989 and the year my youngest daughter was born, I herded all six of our children into our Volkswagen van and head for the Bristlecone National Forest high in the White Mountains of California. Everyone knows about the Sierra Nevada mountain range, but the White mountains, which sit on the eastern side of the Owens Valley, opposite the Sierra are just as mighty and majestic and are home to the oldest living thing on the face of the earth, the Bristlecone Pine Tree.

We arrived in the forest well past dark on the night of a full moon. The trees, though silent sentries in the night spoke to us and as I slept they haunted my dreams with messages I have yet to decipher. If ever you feel the need to go on a walkabout, or a spiritual quest, a journey to the Bristlecone pine is where I would recommend you go.

Then there was the time I lead the director of the National Park Service, Roger Kennedy and his wife Francis on a hike among the tallest trees in the world, coastal redwood trees of California. We stopped among a grove of trees and Francis, as if overcome and possessed by some great spirit raised her hands to the heavens and stood silent for a moment outside of time. It was a rare communion between a human being and trees. The only words she could muster were, “I am overcome.”

Looking back once again to my childhood, I recall that my mother and younger brother often performed together at church functions and at high teas put on by the Minister’s Wives Union, a mission and charitable organization. One of their performances involved my mother playing the piano and singing the song, Trees, based on the poem by Joyce Kilmer. The song is hauntingly beautiful and made all the more so if you know the story behind the poem and its author. Joyce Kilmer was a sergeant in the United States Army during WWI. He died in that war and wrote the masterpiece, which has served as a metaphor for my life.

I think that I shall never see
A poem as lovely as a tree.

A tree whose hungry mouth is prest
Against the earth’s sweet flowing breast;.

A tree that looks at God all day,
And lifts her leafy arms to pray;

A tree who may in summer wear
A nest of robins in her hair;

Upon whose bosom snow has lain;
Who intimately lives with rain.

Poems are made by fools like me,
But only God can make a tree.

And for that to God by the Glory forever and ever,
Amen

Categories: God and the Universe